Call Of The Day – After A Few, “Charlie Fom Memphis” Calls Paul Finebaum

Call Of The Day – After A Few, “Charlie Fom Memphis” Calls Paul Finebaum 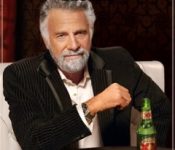 “Charlie From Memphis” called The Paul Finebaum Show today to discuss The University of Alabama football program and his his “Bama friends”. Fortunately for listeners, “Charlie” had a few drinks before mustering the nerve to call the show. The conversation quickly deteriorated into a discussion of his feelings for Finebaum, Memphis, Mexican restaurants, and Charlie’s liquor preferences. Once “The Big Swagu” (aka Marcus Spears) joined the conversation, things really got ... read more
Source: FinebaumFan
4 years ago
This entry was posted on Thursday, August 6th, 2015 at 8:49 pm