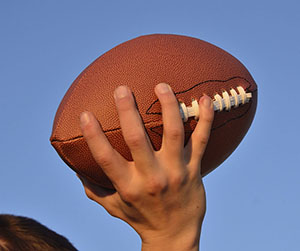 It’s been an eventful week in college football (and schools with USC as their initials) as one of the great coaches retired from the college ranks and another was fired for personal issues.

On Monday of this week, after The Kickoff had published Vol. 65, Issue 7, South Carolina’s Steve Spurrier announced he was resigning in order to help the Gamecocks with recruiting. The team (2-4 overall, 0-4 SEC) take on Vanderbilt in Williams-Brice Stadium on Saturday at 4 pm with Shawn Elliott serving as the Interim coach. At age 70, questions about how long Spurrier would remain arose among recruits. He said he isn’t retiring from coaching but may focus his energy at the high school level. Possible candidates mentioned to replace him include Kirby Smart, Lane Kiffin, and Will Muschamp.

At the other USC, the University of Southern California, Coach Steve Sarkisian was fired on Monday after reports that he had been drunk during a game and at a team meeting. He publicly apologized in August for showing up drunk at a pep rally but claimed he did not have a drinking problem. The Trojans are 3-2 this season with Clay Helton stepping into the interim head coach role as they play Notre Dame.

Last week offered some amazing highlights as Texas played a flawless game to knock off Oklahoma and Georgia not only lost to Tennessee 38-31 but also lost RB Nick Chubb, presumably for the rest of the year. The Bulldogs join Georgia Tech and Oregon as cold on the Kickoff Thermometer this week, while the heat is on for Michigan, Texas and Utah.

The Kickoff’s Games of the Week are a couple of SEC matchups as No. 10 Alabama hits the road to play No. 12 Texas A&M and No. 9 Florida travels to No. 5 LSU.

We expect Bama, which won 59-0 last year, to win, although Texas A&M is the one that’s undefeated and the Power Ratings for these teams are closer than we would have expected headed going into the season. Which should make for a pretty good ballgame to watch. Watch the game Saturday at 3:30 ET on CBS.

The Gators lead the series against LSU by 1 game when playing in Death Valley. Both teams go into this undefeated, but we think Les Miles will be the one with the smile after time expires. Watch the game Saturday at 7 pm ET on ESPN.

Speaking of the SEC, the conference is back on top of the Pac-12 in our Conference Breakdown through week 7. Also in this week’s issue, we looked at overall trends through last week with the home favorites winning 83.3% of games so far and road favorites winning 81.4% so far.

When you subscribe to The Kickoff, you get those stats, plus our Kickoff Power Ratings, schedules and results for FBS and select FCS teams, and much more. The Kickoff is your resourceful guide for putting the season’s college football action into context, all delivered in a concise format that lets you find just what you’re looking for when choosing your picks.

If you are a business owner looking for a great way to keep yourself in front of your customers, check out our business subscriptions at https://thekickoffstore.com/subscriptions/business/

Also, test your knowledge of college football by participating in our Thursday Throwdown questions. We’ll see whether you know your stuff!

Talk to us this weekend while we watch the games. Which upsets are you expecting? How is your team doing so far this year? Sound off! Use the hashtag #thekickoff on Facebook (https://www.facebook.com/TheKickoffZone?ref=hl ) and Twitter ( https://twitter.com/TheKickoffZone ) so we can follow your conversations.