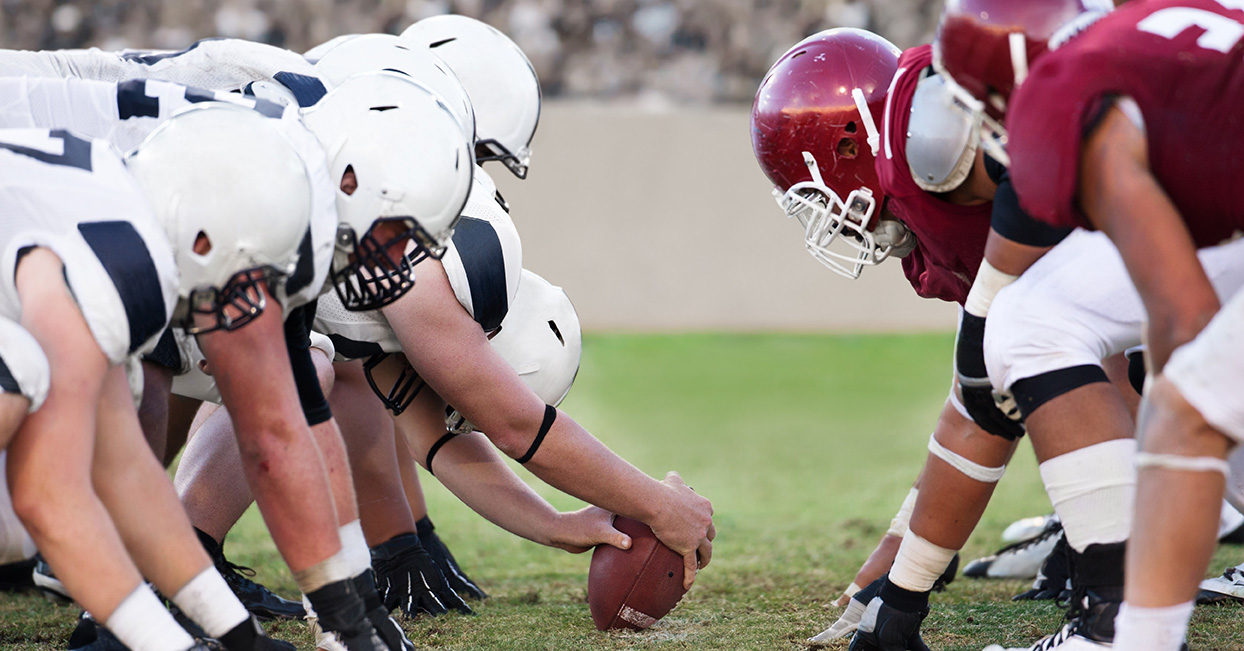 Are You Ready for Some College Football?

The countdown clock on our website can mean only one thing: We are getting close to the start of a fresh batch of college football. As months remaining become mere weeks, fans start gearing up to plan fun Saturdays full of action on their TV sets or on campus while tailgating.

Coaches have spelled out their expectations at Media Days events. All eyes turn to Sydney, Australia, where Cal and Hawaii will open the 2016 season on August 26th.

Asked to choose which SEC Coach is most on the “hot seat” this year, Kickoff Facebook fans chose Auburn’s Gus Malzahn over Les Miles, Derek Mason, Kevin Sumlin, or Mark Stoops. Last year, the Auburn Tigers were a pre-season pick to be in the College Football Playoff game; Instead, Auburn is 15-11 in the last two seasons and is expected to struggle again. They host national runner-up Clemson on Sept. 3, kicking off the nation’s toughest slate as rated by the Fremeau Efficiency Index.

“I think Malzahn, Hugh Freeze and Kevin Sumlin are all on the hot seat this year,” said The Kickoff Editor Tommy Duff.  “I don’t even know what’s going to happen at Ole Miss considering their situation with the NCAA. Les Miles is always in the hot seat because LSU is expected to play at such a high level every year.”

Duff is in the process of putting together The Kickoff’s final pre-season issue. He considers a lot of different information when assembling our proprietary Kickoff Top 25 rankings.

“At this stage, you have to go by the talent on these teams, their strength of schedule and the odds,” Duff said. “There are some teams that do not have a brutal non-conference schedule, but they have enough tough games to concern me and could just as easily end up 8-4 instead of 10-2.”

At this stage, there are lots of questions: Will Ole Miss beat Alabama for the third year in a row? Is Tennessee due to beat Florida after dropping 11 straight to the Gators? How will the Georgia Bulldogs change under Kirby Smart? Can Ohio State go all the way despite losing 12 players in the NFL draft? Will players injured in the spring be fully recovered by September?

Bovada is rating Alabama as the team most likely to win the 2017 College Football Playoff, with Ohio State, Clemson and Michigan also highly rated. The site gives Leonard Fournette top odds to win the Heisman, Ohio State to win the Big Ten Championship, Stanford to win the PAC-12, and Clemson to win the ACC.

The great thing about this sport, however, is knowing that on any given Saturday, teams can be upset and destinies changed with a single play. Some college football fans will test their luck by entering The Kickoff’s FANtastic Football Sweepstakes. Starting the first week of August, you can enter to win a weekly PDF subscription giveaway, enter for a chance to win one of two Polar Bear Coolers we’ll give away or the big prize: An HDTV perfect for watching the games on. We will draw for the television on Dec. 2nd. Learn more at https://thekickoffstore.com/the-kickoffs-fantastic-football-sweepstakes/

Get ahead of the action by taking advantage of The Kickoff’s Buy One Get One Subscription offer for a limited time. When you subscribe to an annual PDF subscription (23 issues), you can send The Kickoff to a friend at no extra charge. You can make someone’s autumn by introducing them to one of the most accurate prognosticators in college football since 1951. Subscribe today at https://thekickoffstore.com/product/buy-one-get-one-free-pdf-subscription/