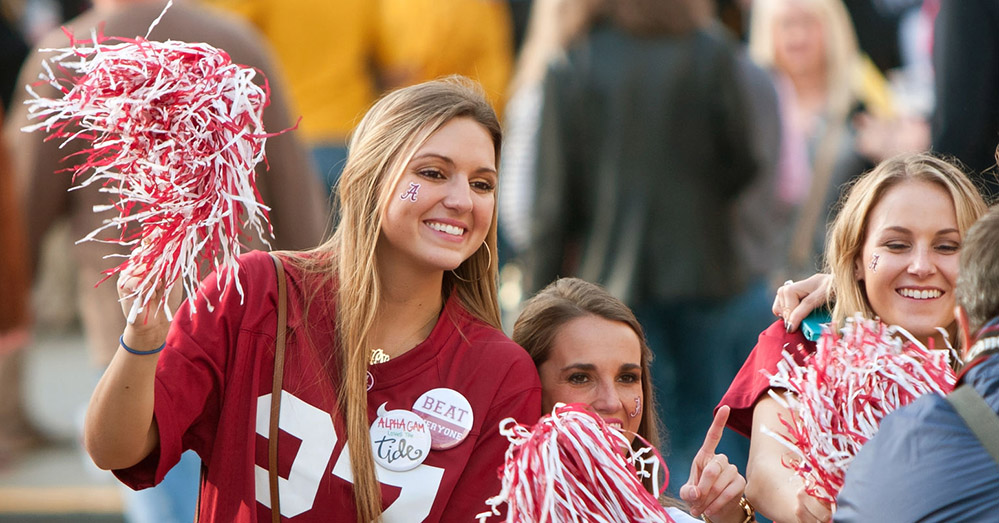 College football bowl games are upon us and fans have plenty of viewing to do as the College Football Playoff approaches. Tommy Duff, Editor of The Kickoff newsletter, said “this is one of the better bowl seasons we’ve had in recent years with the way the bidding and acceptance has gone. There are some good matchups this time around.”

In the College Football Semi-Playoffs, No. 1 Alabama will play No. 4 Washington in the Peach Bowl in Atlanta while No. 2 Clemson matches up against No. 3 Ohio State in the Fiesta Bowl in Glendale AZ on New Year’s Eve at 3 pm and 7 pm respectively.

Duff thinks Alabama and Washington has potential to be particularly interesting to watch.

“Alabama has been dominating all season, but Washington finished the regular season 12-1,” he said. “The Huskies could come in and play lights out because they’re one of the better coached teams in the country with Chris Petersen. However, they haven’t played Alabama’s schedule. Clemson and Ohio State should be a great game as well.”

The winners of those games will clash in the College Football Playoff National Championship Game January 9th in Tampa FL.

Alabama Offensive Coordinator Lane Kiffin announced he will coach in that game before leaving to become the head coach at Florida Atlantic. “FAU wasn’t exactly his first choice. He wanted a big-time coaching job, but I think there’s a ceiling on how far Kiffin can go because there are just too many questions about his character.” Steve Sarkisian, also an ex-USC coach, was hired by Nick Saban to lead the offense in 2017.

Looking back on the regular season, Duff said he was surprised by the ascent of Washington (which started ranked No. 14 in the AP preseason poll and No. 19 in The Kickoff’s preseason poll). “Colorado also did a pretty amazing job this season considering how badly they were recently,” he said. On the other side of the equation, Duff said he “kind of had a feeling” Notre Dame was overrated in the preseason and “it was shocking to see how bad Michigan State was this year, and I think a lot of people expected more from Houston.”

The announcement by Nick Chubb and Sony Michel that they’ll return in 2017 “is a huge deal,” Duff said. “It puts Georgia in positions to be favorites for the SEC East championship next season. I don’t think the Florida Gators have sold anyone on being that good. They sort of benefitted from Tennessee’s misfortunes to end up in the SEC title game. Tennessee is going to lose Dobbs. The Volunteers had a disappointing season because of so many injuries late in the season, same as at Auburn. Fournette leaving LSU isn’t really a big impact because he missed part of this year and the guy behind him, Darius Guice, is really good as well.”

As the teams play in and prepare for bowl games over the next several days, Duff isn’t one of those people who think there are too many bowl games. But then again, why would anyone who loves the sport want to see fewer games?

In Issue 16 of The Kickoff, we listed all of the bowls dates and start times, who is playing, in which cities, and on which TV networks, along with The Kickoff’s Power Ratings comparisons for each of the matchups. Being able to view their schedules and results side-by-side certainly makes it easier to measure expectations.

In that issue, we also listed the major award recipients in college football, listed the bowl game payouts, named players to our Kickoff First and Second All American Team, listed conference standings, listed our final pre-bowl power ratings for 128 teams

The Kickoff’s Post Bowl/Season Wrap Up Issue will come out January 10, 2017 – one day after Alabama, Clemson, Ohio State, or Washington grabs the glory of a national championship victory.