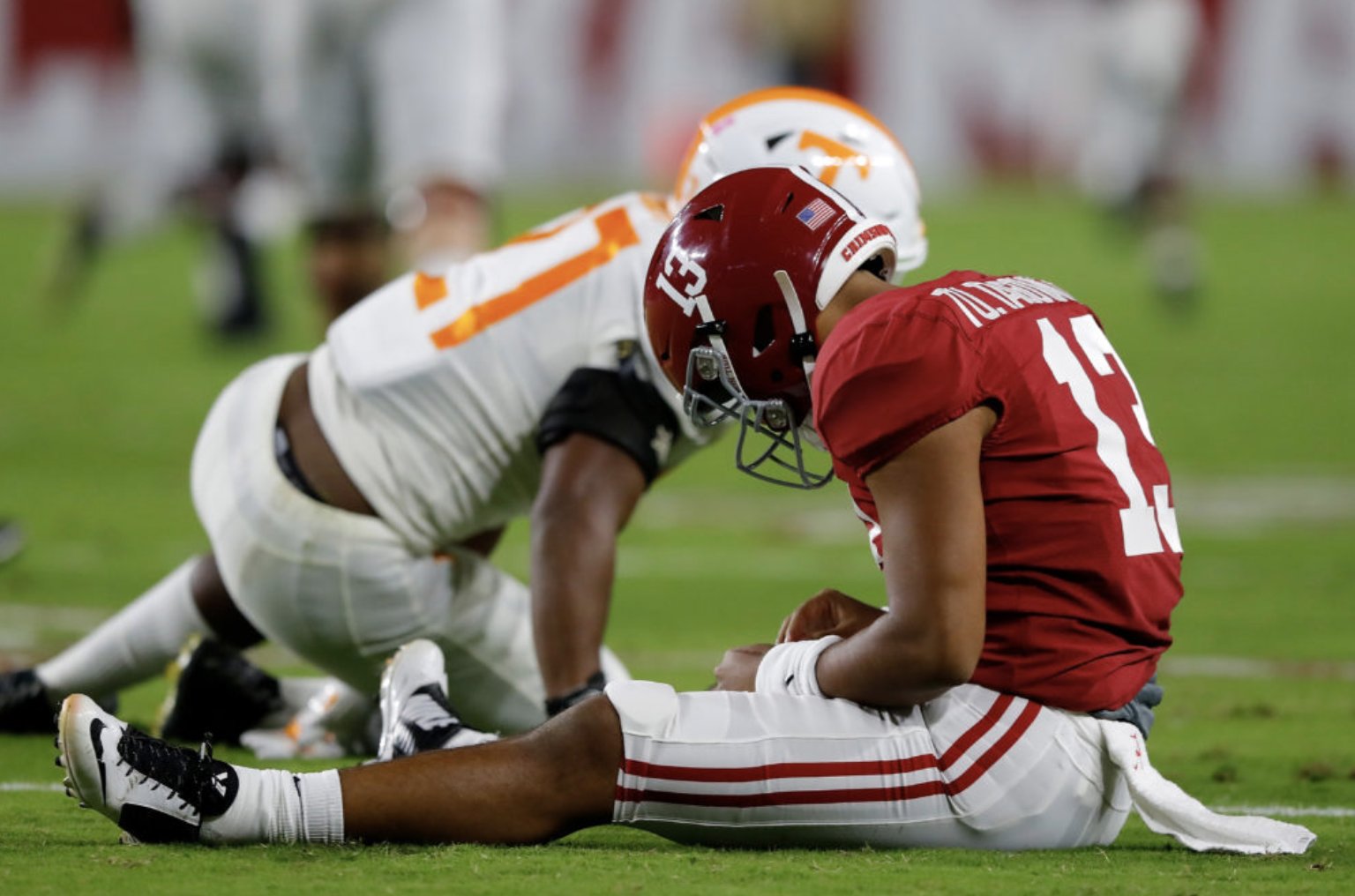 The Biggest Stories this Week in College Football

The biggest stories of the week in college football include Ohio State jumping ahead of Clemson on the AP Top 25 Poll, Wisconsin falling 7 spots and Boise State falling 8 spots, Bama’s Tua Tagovailoa undergoing surgery for a high-ankle sprain suffered against Tennessee, and Virginia Tech winning in a sixth overtime versus North Carolina.

Penn State moved up a spot to #6 after beating Michigan 28-21 Saturday. Up next is Michigan State. Florida and Auburn both moved up two spots in the top 10 to #7 and #9 after victories over South Carolina and Arkansas.

LSU remains on #1 Alabama’s heels at #2 going into this weekend’s matchup against Auburn at Death Valley.

In our own college football poll, Baylor jumped ahead of Auburn at #10, putting the Tigers at #11. We dropped Clemson from #2 to #4, behind #2 LSU and #3 Oklahoma. We dropped Wisconsin from #6 to #14 following that one-point loss to unranked Illinois on Saturday.

Review this week’s issue to see how the rest of our Kickoff Top 25 fared. If you aren’t already a subscriber, now is a great time to get the Kickoff for the rest of the season at a 30% discount. We still have five weeks of the regular season remaining, plus bowl season and the College Football Playoff leading to the national title game 3 months from now.

The poll that most matters, the College Football Playoff rankings, starts on Tuesday, Nov. 5th. Teams will be giving it their all over the next two weekends hoping to make it into those initial rankings. The final 2019 CFP rankings will be released on Sunday, Dec. 8, 2019, which will include 2020 CFP semifinal matchups and dates.

Our Games of the Week

The games we’re sure to watch on Saturday include Auburn-LSU, Wisconsin at Ohio State, and Notre Dame at Michigan. Review your issue to see our picks and the Power Ratings for all of the teams playing.

Looking Back on Week 8

Jalen Hurts continued to make the case for the Heisman with 5 touchdowns for Oklahoma.

Richt Recovering from a Heart Attack

Former Miami and Georgia coach Mark Richt suffered a heart attack this morning. In a Tweet, Richt said he is “doing fine. As I went through the experience I had peace knowing that I was going to heaven but I was going to miss my wife. I plan to be at work this week.”