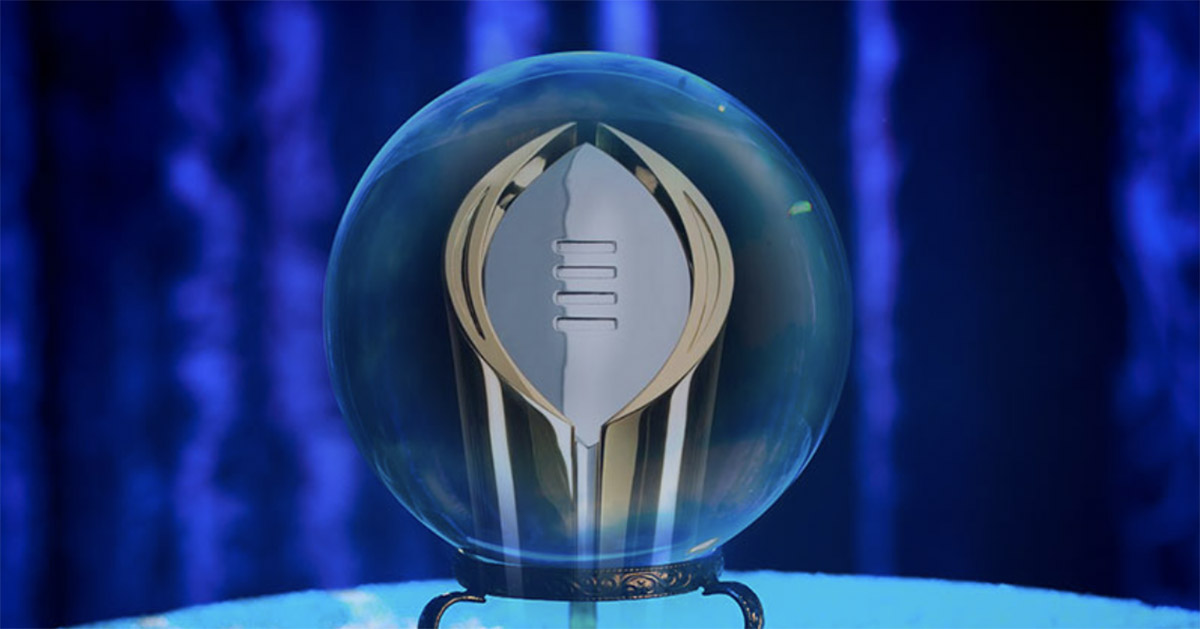 Looking Ahead: An Early Preview of 2019 College Football

The faces change, but the game remains the same. Colleges and universities across this great country will replace those lost to graduation and playing in the pros with fresh recruits from high schools and junior college transfers. Several great players will be with entirely different teams this season. And then there’s the annual changing of the guard as old coaches get sent packing after disappointing campaigns and new ones try to build a solid foundation as quickly as possible for future championships.

Old Coaches Out, New Coaches In

In the most recent issue of The Kickoff newsletter, published in February, we listed the coaching changes ahead. Will it still be the same without Bill Snyder, Bobby Petrino, Mark Richt, and Urban Meyer on the sidelines? Then again, we get former LSU Coach Les Miles back for Kansas, former Texas Coach Mack Brown returning to North Carolina, former Florida Coach Jim McElwain heading to Central Michigan, and former Ole Miss Coach Hugh Freeze attempting to redeem his reputation at Liberty. It’s always interesting to watch them get new material to shape, the speculation being whether they’ve still got it and if trustees and athletic directors gambled on promoting assistants. Much will depend on the fire they can inspire in the hearts and minds of these young men and the dedication they put forth in the weight rooms and practice fields this spring.

The Early Jump on Spring Football

Prognosticating on the future performance of teams is largely speculative, at least until the boys strap on the helmets and shoulder pads and start putting hopes and dreams into action.

Spring football has already begun on some campuses, with Furman leading the way with its annual Purple-White football scrimmage on Feb. 23rd in Greenville, SC. The Paladins project to return 43 lettermen and 16 starters off last year’s squad that won six of its last seven games to claim a share of the 2018 Southern Conference championship — Furman’s league-best 14th crown. They include eight starters on offense, six on defense, and the program’s placekicker and punter. Arizona State will host its spring game on Thursday, Feb. 28th.

On this very website, we have our countdown clock in motion as we mark the days until August 24, 2019, when Arizona will travel to Hawaii for Week Zero game action. The following Thursday, August 29th, the regular season will get underway. Speaking of which…

The Most Anticipated Games of the 2019 College Football Season

While you’ve got your calendar out marking dates, go ahead and pencil in a few can’t-miss regular season matchups for this fall. Among the games we expect to make a real difference in the College Football Playoff race…

Look for fireworks right out of the game as Auburn and Oregon travel to Arlington, Texas for a rematch of their national title game from a few years back that the Tigers prevailed in when Head Coach Gus Malzahn was just the OC. To avoid being in the hot seat in 2019, he’ll need his squad to do better than last year’s disappointing 8-5 campaign. Speaking of Purdue, Auburn looked pretty impressive in the Music City Bowl, scoring 8 TDs on them in the first half. Oregon looks to improve upon going 9-4 last year and beating Michigan State in the Redbox Bowl. It’s way too early to speculate that the game will have national championship implications, but it should be an interesting game, no less.

Also on Week One, Houston will travel to Oklahoma, hoping the Sooners can’t easily replace a Heisman winner at quarterback, and we’ll get a classic rivalry game as Florida and Miami (FL) meet up in Orlando. We’re eager to see what Dan Mullen can do in his second year as coach of the Gators and whether Manny Diaz can return the Hurricanes to respectability after Mark Richt was sent packing.

Other Games We Expect to Really Really Matter

We’re also looking forward to seeing Texas A&M travel to Clemson on Sept. 7th to take on the defending national champions. We know second-year coach Jimbo Fisher will have high expectations for his team. That’s also the day LSU will travel west to play a Texas team that upset Georgia in the Sugar Bowl and finished in the top 10. If the Fighting Irish build on last year’s success, the Sept. 21st Notre Dame game at Georgia could have real CFP implications. The following weekend, Sept. 28th, we’ll see if Scott Frost has started to turn things around for the Huskers and what the post-Urban Meyer era looks like as Nebraska hosts Ohio State.

On Oct. 12th, Oklahoma and Texas will clash in Dallas, Florida-LSU play each other, and Alabama travels to Texas A&M in an SEC West showdown. Attention will turn northward on Oct. 19th when Michigan travels to Penn State (the Wolverines may get caught looking ahead to the following weekend’s game against Notre Dame on Oct. 26th). It wouldn’t be autumn without Georgia and Florida having their SEC East brawl on Nov. 2nd, but football’s biggest rivalries will happen on Nov. 30th as Bama travels to Auburn and Ohio State goes to Ann Arbor to face Michigan.

People really start getting fired up as the conferences host their Media Days events in July. Given the success of the Southeastern Conference in the past decade, a lot of eyes will be on the Hyatt Regency in Birmingham when Alabama Coach Nick Saban takes the podium on July 16th. We expect the Tide to have something to prove after being dominated 44-16 by Clemson in the national championship game, but they’ll also have to overcome unprecedented coaching changes (the cost of so much success).

In the first 2019 rankings for the Football Power Index (FPI), the top 10 teams in the country are Clemson, Alabama, Georgia, LSU, Michigan, Oklahoma, Notre Dame, Florida, Auburn, and Oregon. Of course, it’s way too early to speculate too much based on preseason buzz. Especially when so much can happen between now and August.