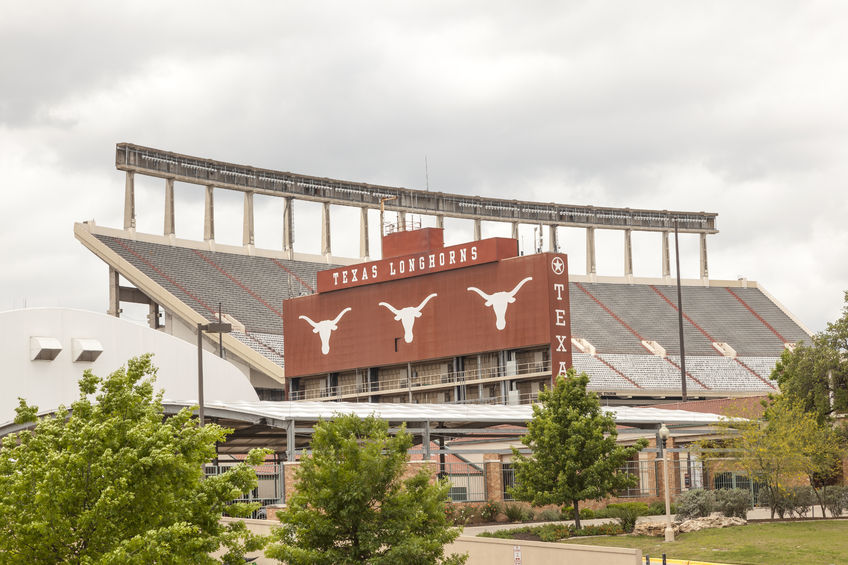 Will college football be played in 2020?

The COVID-19 coronavirus has turned the world upside down, including the sports world. The need to socially isolate to slow the spread of this disease that attacks the respiratory system has understandably prompted shutdowns of school campuses and athletic spectator events.

We think of it in the same terms and seriousness as a college football player requiring extensive time and care after a catastrophic injury, the kind that can’t be fix in rehab over a few months. The kind that will leave him paralyzed for the rest of his life, assuming he lives. So we all watch and pray, being patient with the delay of the game.

There will always be someone in the stadium callously shouting for the medical team to hurry and cart him off the field so the game can get back underway. Most of us, though, understand that safety outweighs entertainment.

We know that college football will return, just as that injured player will eventually be safely transported off. Like the team needing to re-group in formation and get their heads back in the game on the next down to be played once gameplay resumes, all of us will need to return to that hungry mindset of determination to prevail, even if our thoughts and prayers linger with the fallen teammate being rushed to the hospital down the block from the stadium.

When Will College Football Return?

Spring Football is a wash

Unfortunately, we weren’t able to provide any spring practice recaps in this issue since they were all cancelled due to the ongoing health and security concerns about the spread of the COVID-19 virus.

In our most recent issue of The Kickoff college football newsletter (Volume 69, issue #19), we did list our picks for the highest impact recruit for all Division 1A/FBS football programs in 2020, recruits considered to be signees who we believe will make a significant impact on their football program in their first season. In some cases, the selected player may not have been the #1 rated prospect signed in their class. We also listed 2020 key transfer portal entrees.

Stay tuned to our website for the latest sports headlines on The Feed, updated every 15 minutes 24-hours-a-day, 7-days-a-week.

It’s safe to say that the spring activities associated with the return of college football aren’t going to happen. With school campuses shut down by orders from governors, rules prevent teams from getting together for workouts and scrimmages.

A lot of conditioning will depend on individual players taking the initiative at home to get in shape, but will the motivation be there without coaches in their faces closely watching their progress? With most private gyms and parks also closed, will players even have access to facilities for working out?

One imagines them improvising at home, using everyday objects around the home to tone muscles and build strength, just like Rocky Balboa training in the harsh Siberian wilderness to take on the vicious Russian boxer in the movie “Rocky IV”. Yes, we just referenced a movie. That’s how unprecedented all of this is, guys.

A lot of us eagerly await the annual Media Days events, where our coaches prognosticate on how their teams will do in the fall. It doesn’t really feel like springtime without those events, which get the fan base of alumni fired up and ready to park the RV near the stadium two days before the traditional spring game. The loss of these games hurts, but in the grand scheme, they’re essentially exhibition games, a chance to preview whether that transfer quarterback is going to burn opponents with deep passes in September.

In spring practices, players usually get a chance to prove they deserve to rise on the depth charts. This year, coaches are working blind, in that regard. They’ll be forced to make calls based on whatever time is left before the start of the season – if there is one.

Inconceivable just a few weeks ago, that’s where we are, sheltering in our homes with no baseball, track and field, tennis, lacrosse, volleyball, or swimming and diving coverage on TV to keep us entertained. The once-mighty sports TV networks are forced to show endless re-runs of past games from less complicated times.

You know things are serious when the governor of Alabama explains during a press conference announcing a stay-at-home order that we’re more likely to have football in Bryant-Denny stadium if everyone follows the guidelines and avoids leaving home unnecessarily. The thought of Nick Saban sitting at home on Saturdays this fall may be just what many there need to grasp what’s at stake.

What IS at stake? Why are we doing all of this?

Limiting face-to-face contact with others is the best way to reduce the spread of coronavirus disease 2019 (COVID-19). Social distancing, also called “physical distancing,” means keeping space between yourself and other people outside of your home. To practice social or physical distancing:

College football stadiums are the very definition of “crowded places with mass gatherings.”

Spread of COVID-19 happens when an infected person coughs, sneezes, or talks, and droplets from their mouth or nose are launched into the air and land in the mouths or noses of people nearby. The droplets can also be inhaled into the lungs. Recent studies indicate that people who are infected but do not have symptoms likely also play a role in the spread of COVID-19.

It may be possible that a person can get COVID-19 by touching a surface or object that has the virus on it and then touching their own mouth, nose, or eyes. However, this is not thought to be the main way the virus spreads. COVID-19 can live for hours or days on a surface, depending on factors such as sunlight and humidity. Social distancing helps limit contact with infected people and contaminated surfaces.

Although the risk of severe illness may be different for everyone, anyone can get and spread COVID-19. Everyone has a role to play in slowing the spread and protecting themselves, their family, and their community.

Will college football be canceled this fall?

On ESPN, the experts asked this very question.

“[The major conferences] are targeting mid-July for a hopeful return for their players in some semblance of athletic activity,” Laura Rutledge said Get Up this week. “If they are able to get players back on campus by mid-July, a lot of these conference commissioners and coaches feel like that would allow for the start of the season around on time – maybe even on time.”

Others aren’t so sure.

College GameDay analyst Kirk Herbstreit started a bit of a firestorm recently with his comments on ESPN Radio that he’d be “shocked” if college football or the NFL is played this fall following the coronavirus outbreak.

“In my opinion, until we have a vaccine, where we’ve really got some control over this, even if this curve is flattened out, this virus is still out there. I’ll be shocked, I haven’t talked with anybody but I’ll be shocked if we have NFL football this fall, if we have college football. I’ll be so surprised if that happens,” Herbstreit said.

A lot of people, including coaches like Brian Kelly of Notre Dame, hammered Herbstreit for his frank assessment. Paul Finebaum defended him for giving “an honest, heart-felt opinion, and that’s all it was.”

Like every industry suddenly finding itself in crisis mode, it’s a fact that college football is a revenue-generating monster that funds athletic departments and covers the costs of many other sports that aren’t as lucrative in terms of ticket sales.

Over at Stadium, a story quotes several athletic directors pondering contingency plans in case the 2020 season is delayed due to coronavirus. Among the ideas was pushing the season into semesters, starting the season in the winter or starting next spring. This would delay the start of the season, but none of the traditional year-end bowls would happen on schedule. Instead, the playoffs and the title game would be played in late May or early June under that scenario.

Another possibility being considered: Universities allowing student-athletes – but not the entire student body – back on campus to participate in games played in empty stadiums. The players would, of course, first have to be cleared by health and safety officials. And the rest of us would watch on TV.

Wow. Can you imagine? No cheering from the home crowds trying to stop the opposing team going for it on Fourth and One. Sad all around. Technically, it would be the same game, but not the same version we know and love.

Regardless, we aren’t likely to see packed stadiums until we have vaccine widely available.

The only thing that is clear – it’s optimistic to think that college football will start on time on August 29 and pessimistic to assume there will be no season at all.

Fingers crossed for a speedy resolution

It hurts to think about summer without baseball. We can appreciate how much fans look forward to that first hot dog and bag of peanuts on opening day. And it’s tragic to think of all those college freshmen who might be deprived of memories of Saturdays sweating in the packed student section, having the times of their lives.

By staying home and self-quarantining during this time, the chances of college football only increase. Obviously, we won’t know about football this fall until the virus runs its course.

Will college football return? Only time will tell.

Stay connected while staying away

Social media gives us a life-line to others. We encourage everyone to stay in touch with family and friends who don’t live in your home. Everyone reacts differently to stressful situations and having to socially distance yourself can be difficult. The family of college football fans are out there with a shared interest in common. Let’s talk about the game we love and watch those re-runs of classic games while we work toward getting back to watching it get played again.

Keep following The Kickoff on Facebook and participate in our weekly college football trivia.

We are keeping all of our readers in our thoughts and our prayers through these difficult times.