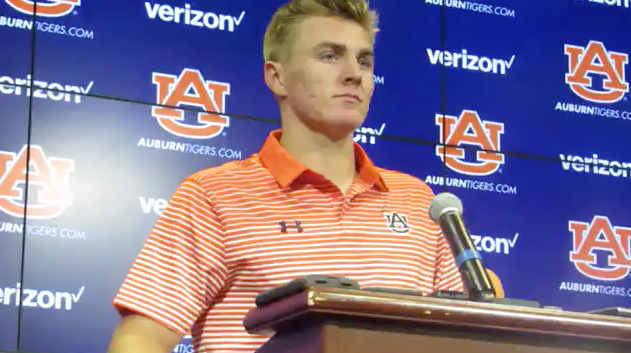 The Kickoff has published Issue 1, revealing our Kickoff Top 50 for 2019 and assigning initial Power Ratings for teams across the nation. Clemson and Alabama occupy their familiar positions as #1 and #2, and there’s no reason that these two teams will not fight it out the whole year. Michigan, Georgia, and Ohio State round out the Top 5.

Throughout this season, we’ll refer to teams using their AP Poll Ranking followed by their rank in our Top 50, if any, inside parentheses. For example, “#18 (#17) Michigan State.”

The Kickoff is your trusted source for 2019 College Football News

We arrive at our Kickoff rankings based on a number of factors, including past performance, conditions inside of programs, and other factors. Our Power Ratings are meant to give some insight to those wagering on the outcomes of games, suggesting which competitor has the statistical edge.

Between August and January, we publish 17 weekly issues that are available in print and electronic versions. Learn more about our current Buy One, Get One Free Special.

The PDF version of our college football newsletter is now digitally linked. Click the name of the school on a page to follow a link in your web browser to that school’s official team website, where you can find the latest news, individual player stats, purchase tickets for games, and more.

We’ve also updated our website to post the schedules of every FBS team in the country, along with select FCS schools. We encourage you to bookmark your favorite Conference’s page to see who your team is playing on a given week throughout the season.

Join in the Conversation this Season

We head into Week One with an early shakeup in the polls as Florida tumbled out of USA Today’s Top 25 after a sloppy rivalry game win against Miami (Fla.). In the AP Poll released August 19th, the Gators were ranked #8. We assigned Florida the #7 spot in our initial Top 50, while Miami is ranked #30. In the weekend’s other game, Hawaii upset Arizona 45-38.

Those games were just appetizers. The main course begins this weekend with some huge opening games like #11 Oregon’s rematch of the 2010 National Title game against #16 Auburn (7:30 pm ET, ABC). We have them ranked #13 and #18 on the Kickoff Top 50.

Kicking Off the 2019 College Football Season

In this weekend’s marquee match-up, Oregon will be looking to make a statement for the Pac-12 in taking on a stout SEC defense. The quarterbacks will be interesting to watch in this game as the Ducks count on NFL prospect Justin Herbert, while Auburn plans to start true freshman (albeit a very talented one whose father played for the Tigers). Fans who were thrilled to see Gus Malzahn’s return to play-calling in a 63-14 slaughter of Purdue in their bowl game may grow impatient with the team’s brutal 2019 schedule. The Kickoff is giving Oregon a slight edge in this game despite others picking the Tigers.

This weekend, we’ll also get our first look at how Nick Saban has used “the process” in the off-season to bounce back from Alabama being dominated by Clemson in the national title game. Fans in Tuscaloosa aren’t accustomed to being humbled, so you can count on them entering Saturday’s game against unranked Duke (2:30 pm ET, ABC) with a vengeance on their minds and a Heisman in mind for Junior QB Tua Tagovailoa.

Saturday brings a full day of games to watch, although the Oregon-Auburn game is the only real matchup of note between ranked teams. On Sunday, #4 (#6) Oklahoma will host unranked Houston (6:30 pm ET, ABC). We’ll even have Monday Night Football as #9 (#11) Notre Dame travels to Louisville (7 pm ET, ESPN)

Other coaches enter the season on the proverbial hot seat. Arizona fans aren’t terribly thrilled with Kevin Sumlin following the Saturday loss, but he’s unlikely to have his 5-year contract bought out. Patience with Ed Orgeron may wear out if LSU continues to lose to Nick Saban. Others feeling warm seats include Clay Helton at USC, Chris Ash at Rutgers, Lovie Smith at Illinois, Gus Malzahn at Auburn, Kalani Sitake at BYU, Justin Fuente at Virginia Tech, Willie Taggart at FSU, Mike Gundy at Oklahoma State, and Tom Allen at Indiana.

Tennessee’s quest to return to relevance will have to happen without sophomore cornerback Bryce Thompson, who has been suspended indefinitely after being arrested on a charge of misdemeanor domestic assault following alleged threats he made during a verbal altercation with his girlfriend at a campus dormitory after she found another person’s fake eyelashes, according to a police report. An All-American last season, Thompson had 10 starts and led the Volunteers with three interceptions and seven pass breakups. 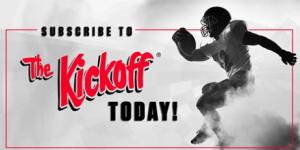 Subscribe Today so you don’t miss any of the action!

We hope that getting weekly issues of The Kickoff in your email inbox enhances your enjoyment of college football this season. Learn more about our current Buy One, Get One Free Special.