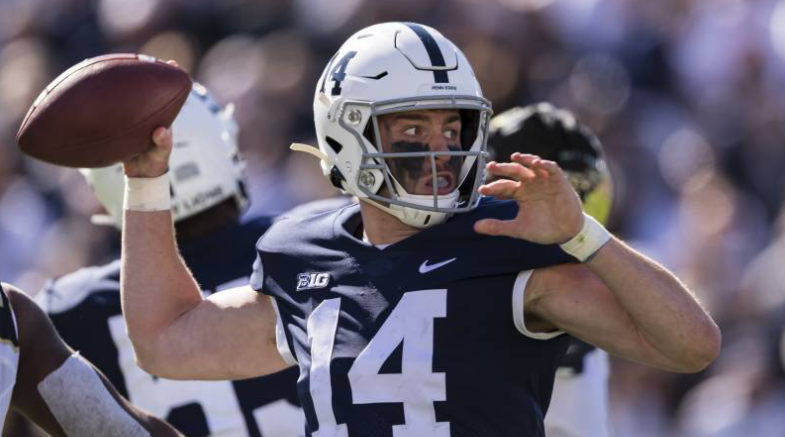 Michigan and Penn State are two of the most successful college football programs. This weekend, the two schools will face off with College Football Playoff implications.

As the Week 8 marquee matchup, the #16 Wolverines hope to knock off the #7 Nittany Lions. This is a rivalry in which the home team has typically prevailed in recent history, including Michigan winning eight of the last nine home games in the series.

Judging from the defensive performance against Wisconsin, Michigan shouldn’t be too much of a treat to Penn State, which Pittsburgh held to 17 points.

As Bleacher Report noted, both of these offenses put up fewer than 300 total yards against Iowa in the past two weeks. That doesn’t mean it will be a bad game, just one likely more equally matched than some of the one-sided massacres we’ve watched so far this season as Top 10 teams run up the score to impress the polls.

Elsewhere in the college football universe, look for Georgia to play with some anger against Kentucky this weekend. Their stock is down tremendously after losing to unranked South Carolina. Their margin for error is thin with a rigorous schedule ahead.

The Gamecocks will feel confident against Florida, and they may win if they maintain the turnover luck they had against UGA. Tennessee, which actually won a game last week, will try to keep a streak going as they play Mississippi State.

While the Bulldogs are down, LSU is feeling like its offense can’t be stopped. They may be the main obstacle standing in the way of Alabama adding another trophy to the case. Should we just go ahead and declare Nick Saban’s team semi-pro?

Auburn is back after an off week and will look to make a statement against Arkansas to make everyone forget about the loss to Florida.

Ohio State plays Northwestern in a rematch of last season’s Big Ten championship game. The Buckeyes have beaten their first six opponents by at least 24 points. We expect this one to follow that trend since the Wildcats have only won one game this season.

Look for game start times and channel listings in your latest issue of The Kickoff, as well as our Power Ratings and prognostications for all of these games and more.

Support The Kickoff for College Football News and Predictions

If you don’t already subscribe to The Kickoff, now is the perfect time to take advantage of our Buy One Get One Free subscription offer, now discounted 30% since we are at mid-season. You can enhance your enjoyment of the remaining games on through the national title race. Thank you for supporting The Kickoff with your subscription!

For more insight from Kickoff Editor Tommy Duff, visit our YouTube Page on Friday evenings to get a recap of his Friday noon radio appearances with Ethan on the Catoosa Clubhouse to talk about college football on sports radio WAAK 94.7.