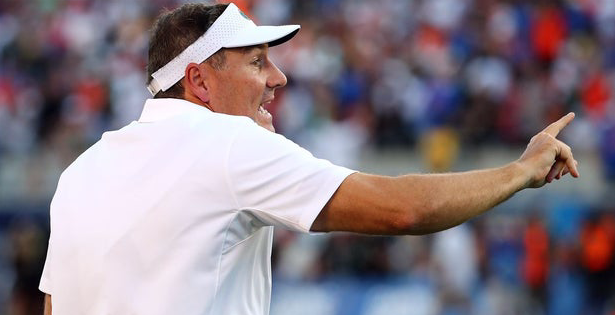 Week 3 Potential Upsets in the Making

Will Week 3 be the Saturday when the Polls get shaken up? With four of the nation’s Top 6 teams playing on the road, there are several potential upsets in the making if contenders are sleepy.

There are three games tonight (Friday): North Carolina at Wake Forest, Kansas at Boston College, and #20 Washington State vs Houston.

Potential Upsets to Watch For this Weekend

Will #17 UCF be able to take out #7 Stanford? The Knights will take the opportunity to prove their worth against a Power 5 opponent. (2:30 pm ET, ESPN)

A bad Florida State team wants to redeem itself as #25 Virginia’s first real test this season. The Seminoles could be more of a threat if they figure out how to play for four quarters.
Nebraska could be vulnerable to a Northern Illinois team that played touch against Utah. (6:30 pm ET, ABC)

We don’t expect South Carolina to beat Alabama, but they’ll have a shot with a sellout crowd and a Crimson Tide team that’s complained about fatigue playing all day games in the southern heat. This is the first time these two teams have played since the Gamecocks stunned the Tide (under Steve Spurrier) and went on to capture an SEC East title in 2010. (2:30 pm ET, CBS)

The #6 Ohio State Buckeyes have won 23 straight against Indiana, and they are a near three TD favorite. An upset is possible – anything is possible – but we highly doubt we’ll see an ugly road loss. Which is exactly the sort of thinking that could allow a team like Indiana to surprise you. (11 am ET, Fox)

This is the first real test this season for #18 Michigan State. Arizona State might have a chance to upset the Spartans if tailback Eno Benjamin can break a few good runs against one of the Big Ten’s top defenses. (3 pm ET, Fox)

Kentucky is hosting #9 Florida. The fans in Lexington are fired up, but they’re also starting Troy transfer quarterback Sawyer Smith following a knee injury to Terry Wilson. It should be a fun one to watch if the Wildcats can keep it close going into the fourth quarter. (6 pm ET, ESPN)

Other action in the Top 25:

More Value for Your Subscription

The season is still early, and it is is a great time to take advantage of The Kickoff’s Buy One Get One Free Special so you and a buddy can continue to enjoy this great resource to enhance your enjoyment of college football Saturdays.

Remember, we’ve added functionality to our PDF version of The Kickoff newsletter so you can click on your favorite team to be taken in your web browser to their official team website for individual player states, ticket purchase, etc.

Also, don’t forget that we have the schedules of each team listed on our website so you can bookmark the page of your favorite conferences and have those dates and matchups handy for reference throughout the season.

You can also find the latest sports stories on this website through The Feed!