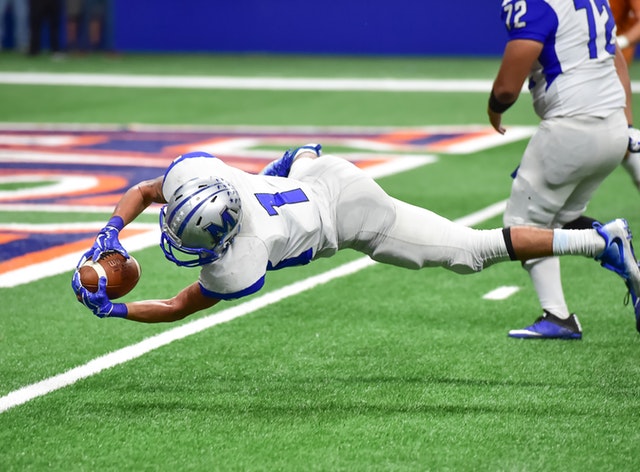 Our Boldest Predictions for the 2019 Season

Changes are Coming to College Football

Hello again, and welcome back to The Kickoff blog. As the leading predictor of college football results and statistics, we wanted to take some time in today’s blog to go over some of the boldest predictions that are floating around during the offseason. While it is true that every offseason brings with it a large amount of off the wall predictions, we feel that the predictions that we are going to list in today’s blog post have some merit to them and, as a result, deserve a little more analysis than the typical rumors that get thrown about. With just around three months until the start of the 2019 season, there are now a handful of teams that we believe will be ranked among the elites in August. In addition to these noteworthy teams, we feel that a few teams are going to come out as darkhorse candidates this season and could surprise quite a few people. Continue reading below to learn more!

The term “flop” may be a bit harsh when it comes to describing Notre Dame but there is a chance that the Fighting Irish, despite a load of talent returning on both sides of the football, finishes the year with three regular-season losses. This number would surely keep the Irish well shorty of their expectations this season as quarterback Ian Book returns as a preseason Top 10 pick. Notre Dame will not be favored in road trip games against Georgia or Michigan and there are several other games that could go either way for the team during their fall schedule. We predict that their hopes of getting back to a Playoff game after the predicted setback that is going to hit them in Athens.

The Tennessee Volunteers are Going to Win 9 Games

We know that this prediction sounds a little ludicrous after the Vols’ abysmal season last year, but hear us out. Jeremy Pruitt has laid the groundwork for a successful season and we are predicting a better than expected finish for Tennessee this season, especially if they can go into Gainesville and beat the Gators in their SEC opener. The offense this season should be improved under Jim Chaney as long as their is solid play up front. Depth could be an issue if the Vols experience any major injuries in the beginning of the season, however, we expect Tennessee to only lost to Alabama, Georgia, Florida, and Mizzou during the regular season. This will be a tough year for the boys in orange, but we expect them to surprise more than a few people with their performance this season.

Sam Ehlinger has that rare quality where he can make the players around him want to use every last ounce of energy they have to win football games. Not only is he an outstanding player with a canon for an arm, he is a player that inspires his team to be better than their individual selves. We feel that Ehlinger is one of the players this season that has it, that intangible factor that is needed to be successful in the important leadership position that comes with being a quarterback. If Ehlinger decides to step up and take the next step as a passer this season, a step that we see happening after last years showing, we expect that he could exceed 50 total touchdowns by season’s end. Because of this, we feel that his play will be too impressive for Heisman voters not to mention him in spotlight games.

Join us again next time as we continue to cover some of our boldest predictions for the 2019 college football season. If you would like to keep up with the latest, most in depth stats in college football, we encourage you to signup for our monthly Kickoff stats package. We break down all of the important information so that you can accurately predict which teams are going to come out on top this season.